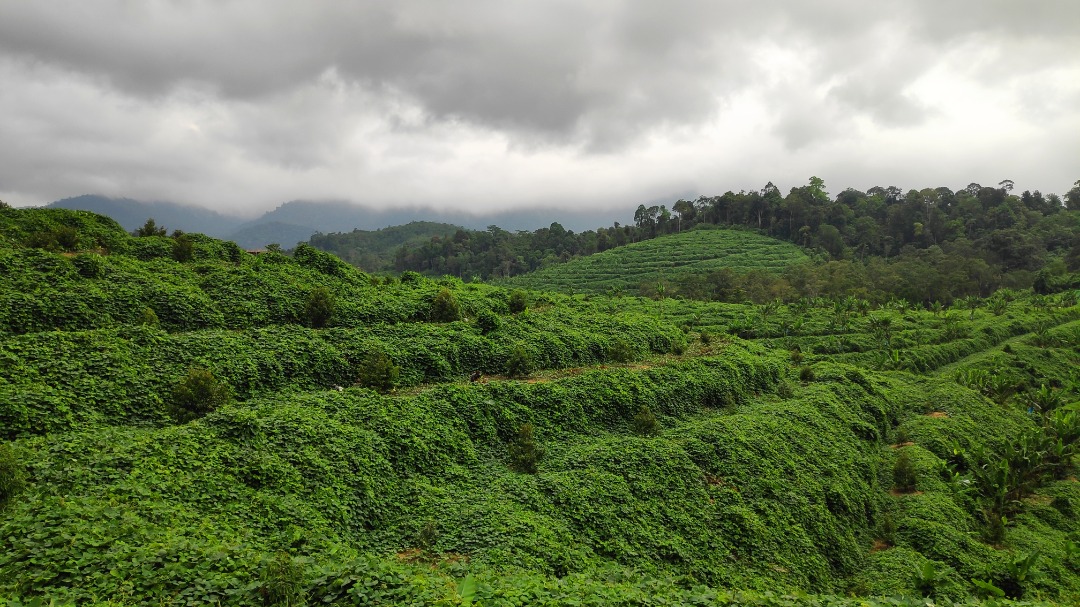 Farming operations cause land degradation and can be unsustainable over time. Reliance on heavy machinery and synthetic inputs have negative impacts on soil health.

Heavy machinery navigating around farms causes soil compaction which, over time, reduces the productivity of the land. Synthetic fertilizer, chemical herbicides, and pesticides can destroy soil health and the negatively affect the environment. For example, excessive uses of chemicals kill beneficial organisms, like earthworms, and contaminate water sources.

During fallow periods, between growing seasons of commercial crops and right after land clearing, bare lands are prone to soil erosion, nutrient leaching, and spreading of weeds.

Cover cropping is one of the ways to counter this problem. By planting cover crop, it provides ground cover to minimize soil erosion, capturing nutrients in the soil to be used as green manure. The rapid growth of cover crops also suppresses weed growth.

Some cover crop fixes nitrogen and increases nutrient availability in soil. They also host beneficial organisms and produce allelochemicals to control pests and diseases. Reducing the use of synthetic products, saving costs and benefit the environment.

One interesting fact: Food produces from farms that are heavily reliant on pesticides can be toxic for consumption. Check out: Dirty dozen, clean 15 lists released for 2021.

Advantages and Disadvantages of Cover Crop

Legumes are widely used in Malaysia, primarily in palm oil, and rubber plantations. The common leguminous cover crop in Malaysia is uniquely dense in biomass and is good for suppressing weeds in the plantation. For more information visit Chemiseed.

Here are some leguminous cover crop species used in Malaysia:

All of these species have some distinct characteristics. Depending on the characteristics of the crop and if it fits the farmers’ goals, then a particular cover crop will be chosen.

Sometimes a mixture of different types and species of cover crops will be used for better performances. For example, Pueraria phaseoloides sp can withstand 4-5 months of the dry season and Calopogium Mucunoides sp can withstand a flood. Both these species can be mixed together to also provide ground cover during drought and flood.